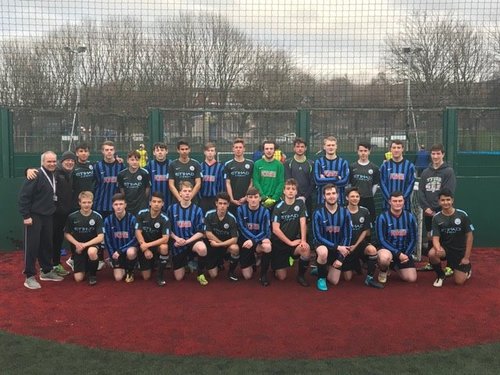 Join a team, have fun and make a difference!

Calling all our Island Soccer family, friends and supporters of Jonah’s fight against Cancer. Carihi PE staff are putting on a one day Co Ed Soccer tournament to support Jonah in his fight against Cancer. This will be on Saturday, December 29 at both Carihi and Phoenix gymnasiums. In October we had a memorable day where Basketball and Soccer folk came together for a wonderful occasion. This will be a smaller version but equally important! We are looking for 16 teams with typical squads of eight players minimum three of each gender. Entry fee is $400 per team, which amounts to $50 per person. We would like to offer a competitive and a recreational division. It will be double knock out with games lasting 30 minutes. We are hopeful that many Basketball folk will don their soccer shorts and shirts and come out!
Once again Shala Scott will be taking charge of the concession at both venues. Dana Dunsmore will set the draw. Sports Experts will be the main tournament sponsor and we will have toques with the “Play Hard Fight Hard” logo on sale to further support Jonah. In addition we will have a 50-50 draw.
The first games will start at 8am and the finals will be at 6pm. A social will be held at a local pub to be decided for friends to catch up later in the evening! Any volunteers prepared to help with the officiating and the concession would be much appreciated. Please contact John Jepson at john.jepson@sd72.bc.ca to register a team or volunteer. Let’s get 16 teams signed up asap so a draw can be set well in advance. Our goal is to make $8,000 on the day!