At the end of November, Jonah made a very quick and very routine trip to England for his third set of infusions. He was in and out and home again after only a week away. While the travel is gruelling, having him home as much as possible, especially over the holidays, is treasured.

In December, Jonah made his way around the disc golf course at the Sportsplex in Willow Point several times, accompanied by a revolving door of family and friends. Despite the infusions putting pressure on his optic nerve causing some double vision, he still handily beats many of his opponents (cue annoyed aunts lamenting).

Jonah spent Christmas Eve at the family farm in Port Alberni surrounded by relatives, as is tradition. This year, 30 sat for dinner in the farmhouse built by Jonah’s great-grandfather, and some cousins journeyed all the way from Alberta for the celebrations. 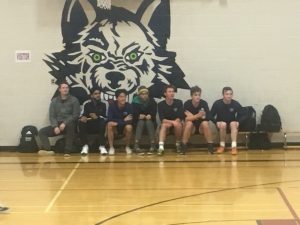 On the 29th, the Carihi PE Department put on another amazing fundraiser for Jonah, hosting 32 soccer teams in four different school gyms in Campbell River! Jonah was able to attend this event and see his friends make a passionate run for the finals in his name. While it’s difficult for any athlete to watch from the sidelines, it is also heartwarming to witness a whole town rallying behind you.

Jonah and Charlotte returned to England for the next round of infusions on New Year’s Eve, and this time Jonah set a world record – most chemotherapy infused at one time via convection enhanced delivery! Although initially scheduled to return on January 10th, the team at Harley Street saw some positive signs, and wanted the chance to adjust their protocol to maximize the results. Jonah received an extra infusion of chemotherapy yesterday, and will stay on in England, so he can get the next round sooner than originally scheduled without the extra travel. 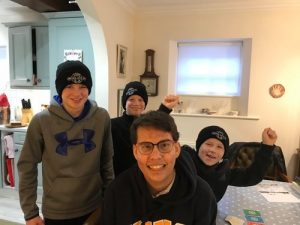 Their Canadian family look forward to Jonah and Charlotte’s return, but he’s in good hands in England and getting the opportunity to know his family there better. Happy New Year to family and friends around the world, and thank you for your continued interest in Jonah’s well-being.